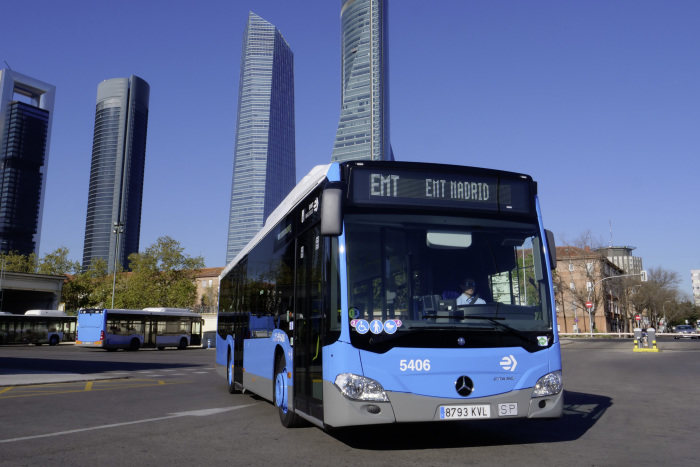 The fully-electric eCitaro, the low-emissions Citaro equipped to Euro VI specification, the Citaro NGT with a gas engine; both also available as hybrid variants – at Mercedes-Benz, transport companies certainly have freedom of choice. In 2016, EMT Madrid ordered a total of 82 Citaro NGT buses and Citaro G NGT articulated buses. The buses made a positive contribution and so the company decided to place several subsequent orders for more Citaro buses with a natural-gas drive. When the current order has been delivered, 672 Citaro buses with a gas drive will be on the road in Madrid.

EMT Madrid wants to have changed its entire bus fleet to low-emission drives by the end of the year. The Citaro NGT forms the basis of its environmentally friendly overall concept. EMT Madrid is run by the city and operates Europe's largest gas-driven bus depot. Buses are of great importance in the Spanish capital: EMT Madrid's fleet comprises 2000 buses; the vehicles travel more than 90 million kilometres a year and transport 425 million passengers in a network of service routes covering around 3800 kilometres. Thanks to a network of different transport operators and an extremely regular bus schedule, local public transport in Madrid is very popular and demand is increasing. At the same time, the private transport traffic in the city centre has decreased perceptibly.

At the heart of the Mercedes-Benz Citaro NGT is the Mercedes-Benz M 936 G natural-gas engine. With a displacement of 7.7 litres it is, at present, the most compact natural-gas engine in its class. The vertically-installed six-cylinder in‑line monovalent engine runs on compressed natural gas or biogas. With an output of 222 kW (302 hp), it achieves a maximum torque of 1200 Nm and undercuts the Euro VI emissions limits by a considerable margin. Thanks to these values and its powerful performance, this single-stage supercharged engine fully matches the benchmarks set by its diesel-powered equivalent.

The impressive environmentally friendly track record of the Citaro NGT

The environmentally-friendly track record of the Citaro NGT is particularly exemplary. The CO2 emissions when operating with natural gas are up to ten percent lower than those of a diesel engine. When using bio natural gas, operation of a gas-driven urban bus is even almost CO2 neutral. An additional argument for using the Mercedes-Benz Citaro NGT is the noise emissions which are up to 4 dB(A) lower than those of a diesel bus. This corresponds subjectively to halving the perceived noise level.

Thanks to these positive characteristics and the comparatively favourable purchasing costs, the transport operator considers gas-driven urban buses to be a drive concept with a long-term future, rather than a technology that simply bridges the way to electromobility.

Complete road capability with a high degree of efficiency

The advantages of gas-driven urban buses become clear when you visit the modern bus depot in the Sanchinarro district, which opened in 2010. The depot is designed to cope with 400 buses driven by natural gas. Buses can be filled up with gas within minutes, on nine tracks simultaneously. Specially-trained employees are responsible for filling the tanks. The company also has three other depots that have been adapted to the operation of gas-driven buses in addition to the depot at Sanchinarro.

The transport company appreciates both the high level of availability and the modern appearance of the Citaro NGT, and also the low maintenance and repair costs. And the workmanship of the Citaro NGT is also good. The consumption of the modern gas engines is low and thus the purchasing costs can be written off within a very short time.

Equally popular with drivers and passengers

The Citaro NGT is very popular with the drivers at EMT Madrid. They much appreciate the overall modern design of the Citaro and the practical workplace. The cab can be climatised individually while a driver protection door and an additional window separate the cab from the passenger compartment. 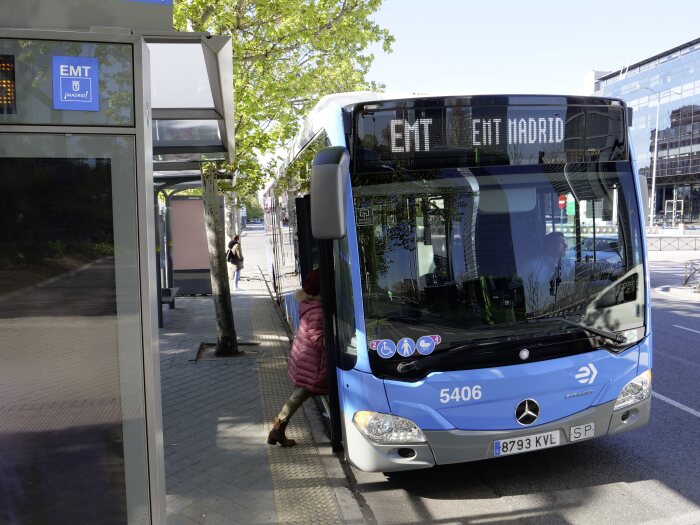 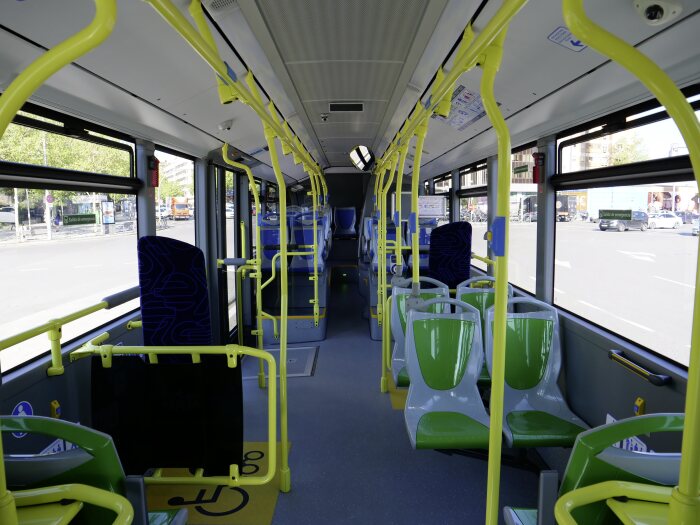 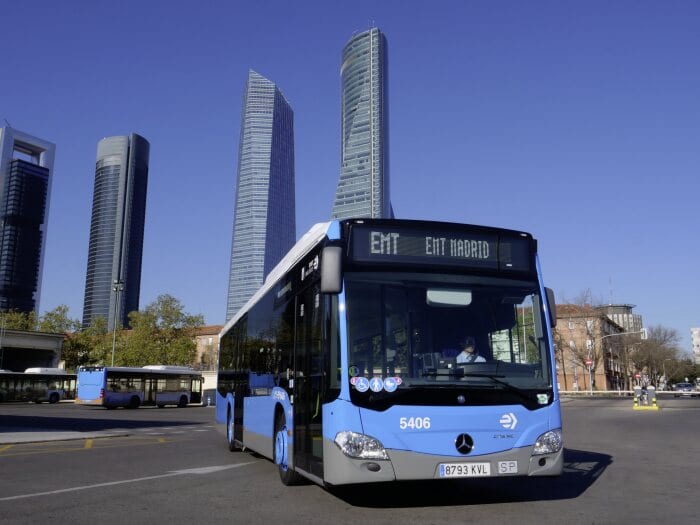