Stuttgart – the new Actros is a compelling proposition – first of all in daily operation with more and more European transport companies, and then also as the winner of numerous awards across the whole of Europe. Such awards underline the fact that the flagship of Mercedes-Benz Trucks continues to set standards for safety, efficiency and connectivity. The new Actros is the truck for the 2020s.

The most significant prize from a European perspective is the "International Truck of the Year 2020" award. "With the introduction of the new Actros, Mercedes-Benz has brought a highly sophisticated truck onto our roads which smooths the way to the automated driving of the future", was the rationale for the award as explained by jury chairman Gianenrico Griffini. The committee, comprising specialist commercial vehicle journalists from 24 countries, cited Active Drive Assist as well as further innovations such as the enhanced cruise control and transmission intervention system Predictive Powertrain Control, the fully digital Human Machine Interface in the form of the Multimedia Cockpit and the state-of-the-art safety systems, including the improved emergency braking assistance system Active Brake Assist 5, among the reasons for the award. Throughout the history of the "Truck of the Year" award, Mercedes-Benz has not only been its most frequent recipient, but has also won the competition, the most important for the industry in Europe, with all previous versions of the Actros.

In 2019, the "Ferdinand Porsche Prize" of the Technical University of Vienna, a widely respected award presented to leading automotive developers, also acknowledged the innovative strength of the new Actros: Professor Dr Uwe Baake, Head of Product Engineering at Mercedes-Benz Trucks, and Dr Werner Lang, Managing Director of MEKRA Lang GmbH & Co. KG, were honoured jointly for their development of the MirrorCam in the new Actros, fitted here for the first time in a series-production truck.

While the "Truck of the Year" award reflects the views of journalists and the "Porsche Prize" those of engineers, the "Truck of the Year Austria – Driver's Choice" award from the online magazine "1Truck.tv" is based on the opinion of truck drivers. Some 6000 votes went to the new Actros in this instance, setting it well ahead of its competitors. But that's not all: the truck has also been the recipient of numerous further accolades in other countries. In Spain the vehicle was voted "Camión de Año en España 2019" by more than 100 journalists and truck experts. The Catalan industry federation Transcalit awarded the truck the prize for "Innovation en el Transporte 2019". Specialist magazine "Fleet Transport" in Ireland, meanwhile, distinguished the new Actros with the "Truck Innovation Award 2020". And the Italian commercial vehicle magazine "Vado e Torno" declared the new Actros the "Sustainable Truck of the Year 2020". In the view of the magazine's editors in Milan, the vehicle marks a "powerful turning point that will bring long-term change to the way trucks are perceived, as well as to the way transport tasks are undertaken in the future".

As the award juries and many customers agree: Active Drive Assist is one of the outstanding features of the new Actros. For the first time in a series-production truck, this system allows partially automated driving in all speed ranges – so bringing about significant improvements in safety. It is capable of automated braking, acceleration and steering. It achieves this by networking the performance of individual systems in a unique way: as an extension of Proximity Control Assist with stop-and-go function, Active Drive Assist can maintain the distance to the vehicle driving ahead as set. Furthermore, Active Drive Assist can bring the truck back into lane with a corrective steering intervention, within system limits. "I wouldn't like to be without the system now, as I find it really helps me", says Elias Salonen. As a driver for Vähälä Logistics in Finland, he has been one of the first to test Active Drive Assist as part of a pilot project. "I often cover long distances, with not a lot happening, so Active Drive Assist acts as an attentive co-driver, as it were, who occasionally gives me a useful little nudge. When there's a lot of traffic, on the other hand, Active Drive Assist helps me to maintain an appropriate distance from the vehicle in front."

Safety is further enhanced by an additional feature that no other truck yet has on board: the MirrorCam. The major advantage of this system: it vastly improves the driver's direct line of view through the side windows. Instead of the conventional type of exterior mirrors, which can obstruct the view of the person at the wheel in many situations, the MirrorCam works with small camera arms mounted to the left and right of the roof frame. This configuration improves safety, particularly when approaching junctions and roundabouts, when manoeuvring and in tight bends. The camera images are transmitted to two vertical-format monitors mounted to the A-pillars of the cab. As with a conventional mirror system, the monitor image is split between a main view and a wide-angle field of vision. In many situations, the MirrorCam can actively support the driver: The distance lines in the MirrorCam display, for example, are a useful aid, enabling the driver to better estimate distances to objects behind their own truck.

A further significant benefit of the MirrorCam: the substitution of the classic mirror housings with the aerodynamically designed camera arms has also reduced the area on the cab open to attack from the oncoming wind. This aerodynamic plus, which is further helped by new rear-edge flaps, reduces the consumption of the already fuel-efficient Actros by a further significant margin – as established, for example, by transport operator Dominik Böpple from the German town of Esslingen: "The new Actros uses as much as three percent less fuel on motorways and fast roads as its predecessor, and as much as five percent less on country roads."

Also contributing to the reduction in fuel consumption is the improved cruise control and transmission intervention system Predictive Powertrain Control, which can now also be used on cross-country routes. In addition to a satellite-based positioning system, the new-generation system uses accurate digital road maps that contain data about topography, road bends and the geometry of intersections and roundabouts, as well as about traffic signs. The system thus doesn't just optimise driving style on uphill and downhill gradients on motorways and fast roads, but also on cross-country routes where, until now, the use of cruise control has not been particularly practicable. This is something that Franz Birgmann, for example, has come to appreciate in his role at Lagermax in Salzburg, Austria, where he is responsible for a fleet of 530 car transporters. "Covering, as we do, a distance of more than 100,000 kilometres annually per vehicle, any little percentage point that we can economise is important for the success of our business."

There's another new key feature that has helped the new Actros to take a further step forward in terms of safety: Active Brake Assist 5, which since the beginning of 2020 has been part of the standard specification for Actros and Arocs in those European countries where an advanced emergency braking assistance system is prescribed by law. This latest version of the tried and tested emergency braking assistant works with a combination of radar and camera systems. Amongst other things, the reaction to moving individuals in the speed range up to 50 kilometres per hour has been improved.

The new Actros also sets a benchmark with its Sideguard Assist system: in 2016, the vehicle became the first truck to feature a cornering assistance system that was fully integrated into the vehicle architecture. The warning system minimises the likelihood of dangerous accidents occurring on the co-driver's side of the vehicle during a nearside turn. During the course of development of the new Actros, Sideguard Assist was linked to the mirror camera system. The system now works hand in hand with the MirrorCam: if Sideguard Assist is installed, the MirrorCam display shows the warning messages of that system in critical driving situations. All hints and indicators of relevance for the driver are thus grouped in one place – which avoids the driver being overwhelmed with information. It is not least with reference to Active Brake Assist 5 and Sideguard Assist that transport operator Klaus Wagenstetter is able to summarise: "With the assistance systems, Mercedes-Benz Trucks offers a complete package which works harmoniously to sustainably improve the safety and economic efficiency of our business."

The development engineers working on the new Actros were keen to configure it systematically, right from the start, for a networked world. The truck is permanently connected to the cloud and thus part of the "Internet of Things". The basis for all connectivity solutions is the Truck Data Center. It receives data from the sensors, cameras, etc., in the truck and analyses them for different applications. This gives company owners and fleet operators real-time control of the truck via Fleetboard and Mercedes-Benz Uptime – with the objective of significantly improving the ability to plan jobs, workshop visits and downtimes and so of delivering a clear increase in vehicle availability.

The drivers, too, benefit from the connectivity solutions in the new Actros: with the new Multimedia Cockpit. The first fully digitalised cockpit in a series-produced truck brings hitherto unknown operating possibilities and improved operating convenience. For example, through the integration of Apple CarPlay and Android Auto. The Multimedia Cockpit has two large displays. The primary display replaces the conventional instrument cluster. All the assistance systems and the new traffic sign recognition function are shown here, for example. A second touchscreen on the instrument panel serves to operate selected apps from the Mercedes-Benz Truck App Portal along with virtual switches, as well as for the representation of the new navigation system. "Our aim is to give drivers the best possible tool for their stressful job", says Jerry Bodry, managing partner of GTS Logistik, a logistics company based in the German town of Traben-Trarbach. "They should be able to enjoy as much comfort and convenience as possible while they are in their truck. The modifications to the driver's workplace provided by the Multimedia Cockpit are an important part of this."

In a nutshell: For representatives from the media, universities, transport companies and truck drivers, the new Actros represents a milestone in truck design. The "Truck of the Year 2020" benefits from countless state-of-the-art new features, and its innovations mark the way forward for the haulage sector. 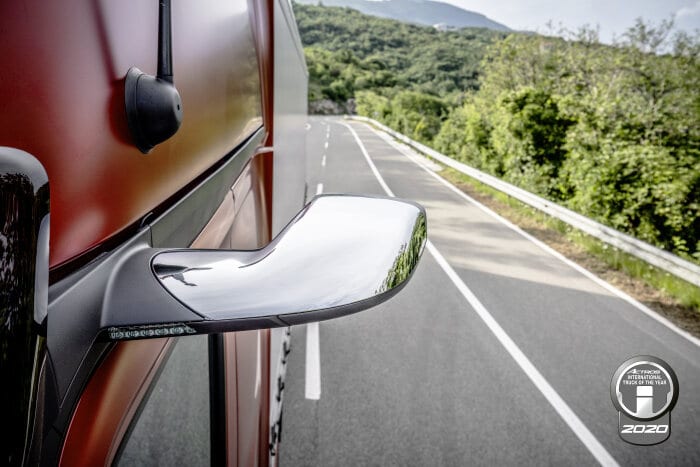 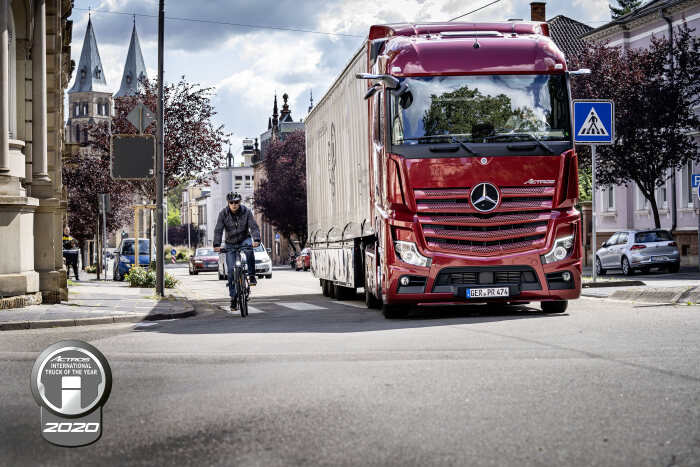 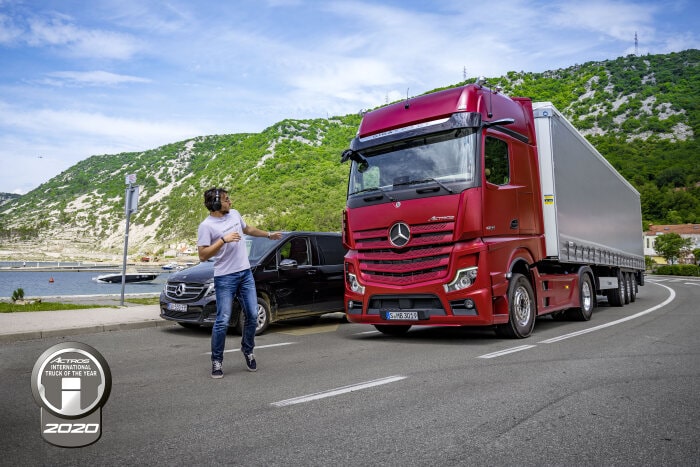 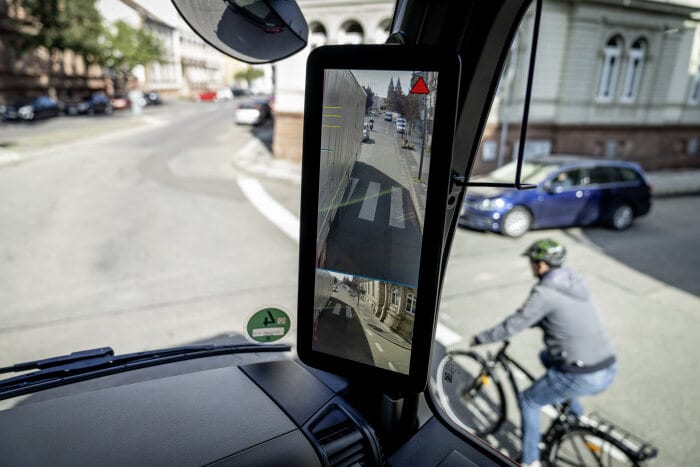 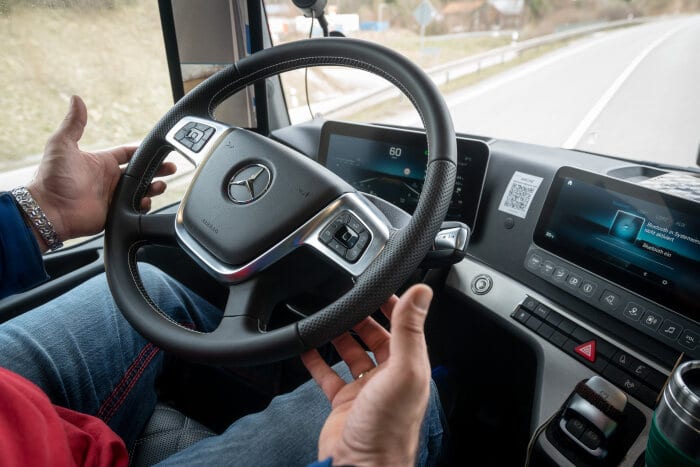 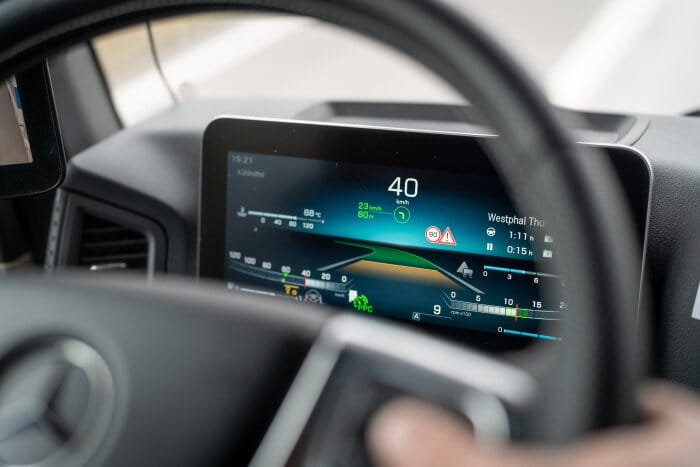 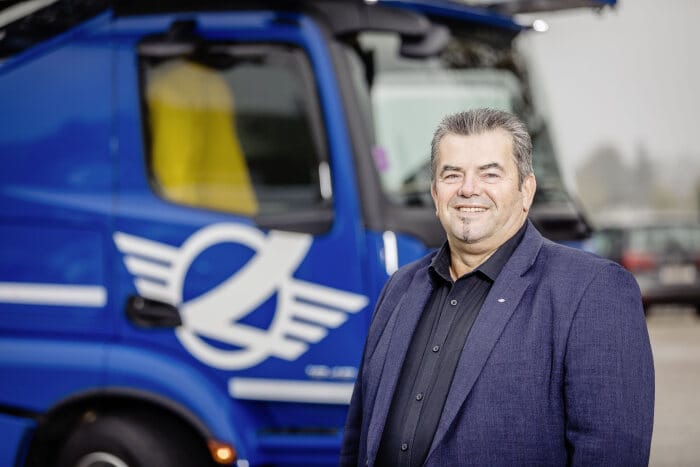 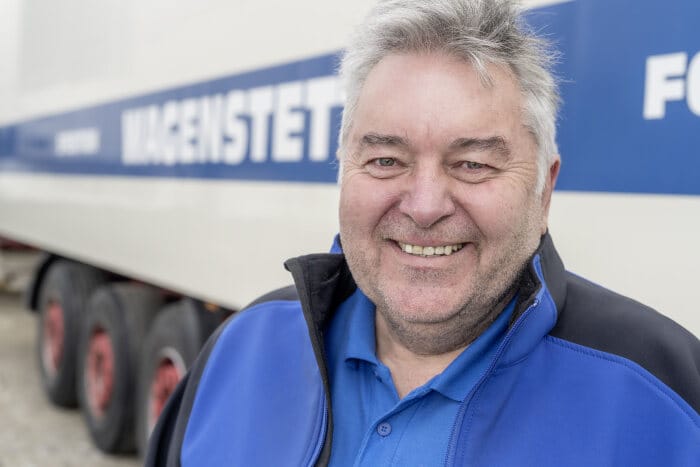 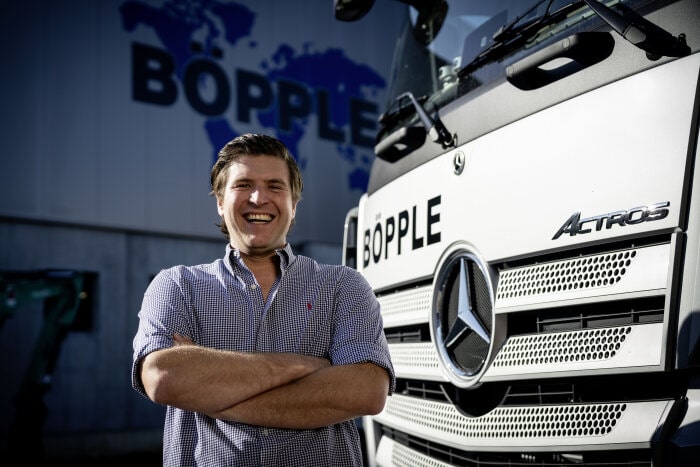 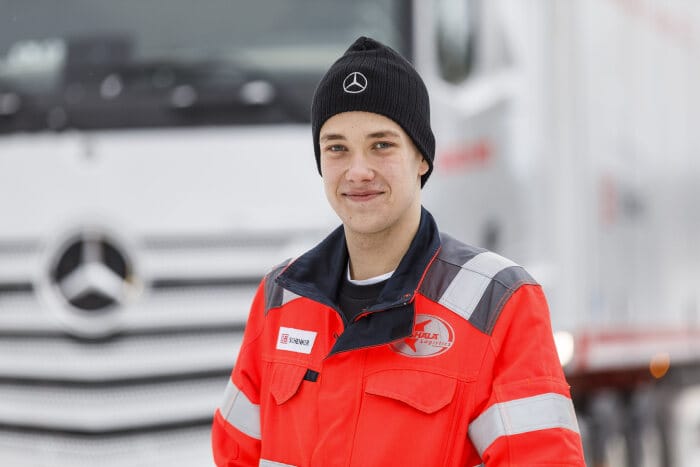 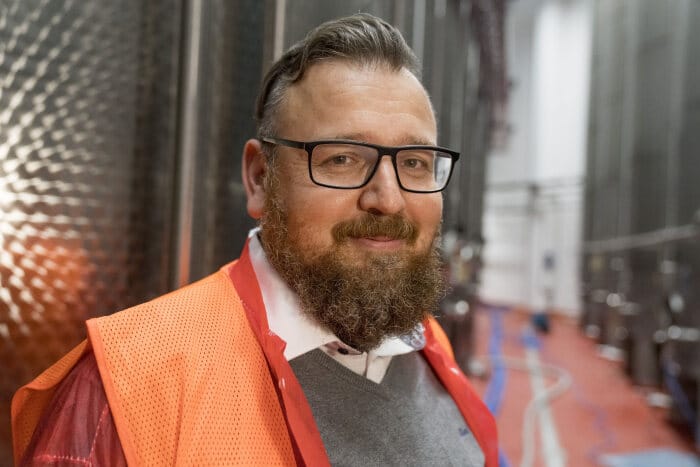