The city of Gdansk is also investing in city buses from Mercedes-Benz. At the beginning of May, a contract for the supply of 46 Mercedes-Benz Citaro buses was signed between the Gdansk public transport authority GAiT (Gdanskie Autobusy i Tramwaje) and Daimler Buses. The new vehicles will be handed over to the customer in the spring of 2019.

A further order, this time for 18 Mercedes-Benz Conecto buses, has also been placed during the first half of this year by the city of Bialystok in north-eastern Poland. The vehicles will be delivered towards the end of the year to Bialystok's public transport operator.

With these orders, Daimler Buses has received three further major commissions within a short space of time for city buses in Poland, so following up on its successful sales performance in the year before. The Warsaw transport authorities ordered 80 Mercedes-Benz Conecto for the Polish capital back in June 2017, while August brought an order for a further 60 Mercedes-Benz Citaro buses to enlarge the fleet of the city transport operators in Wroclaw, to be delivered early in 2018.

About the Mercedes-Benz Citaro and Conecto

All Citaro city buses are manufactured at the EvoBus plant in Mannheim. The Citaro hybrid buses are based on the hybrid technology unveiled by Mercedes-Benz last year, and offer an impressive fuel saving of up to 8.5 percent compared with the conventional Citaro.

The Mercedes-Benz Conecto is a city bus offered specifically for the markets in Eastern and Central Eastern Europe. These markets are characterised by their price-sensitive tendering processes and by a particularly strong focus on the lowest possible overall operating costs. The vehicles comply with the Euro VI emissions standard and offer customers an optimum in terms of comfort and safety engineering. 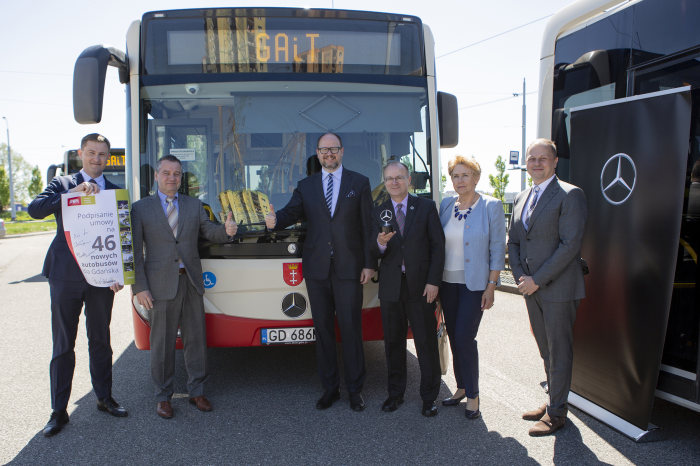