Stuttgart / Zagreb / Hanover – Thanks to its economical and consistently practical drive concept the Citaro hybrid emerged a convincing winner in this year's Bus Euro test in Zagreb, sweeping aside competition from fully-electric rivals. In particular, the international jury of experts rated the vehicle ahead of the competition by some distance in the categories covering economy, innovation, quality and user-friendliness. Special attention was drawn to the fact that the new hybrid technology is offered with the choice of either a diesel or a petrol engine for all models across an extremely wide range of urban buses. With this technology the already exceptionally economical combustion engines from Mercedes-Benz benefit from a further significant increase in efficiency.

Together with its new "intelligent eco" electro-hydraulic steering, the Citaro hybrid further reduces the fuel consumption of the Citaro, already famed for its efficiency, by up to 8.5 percent. The objective being pursued by the buses with the new hybrid technology is clear: minimal modifications to the basic vehicle combined with achieving maximum fuel efficiency. Added to which, the Citaro hybrid is light, reasonably priced, and unproblematic for drivers and workshops alike.

"With the Citaro hybrid we are now enabling operators to meet high environmental standards and at the same time work extremely economically. We see our hybrid technology as the natural choice for transport companies who believe in low-emission vehicles," says Till Oberwörder, Head of Daimler Buses.

The basic way in which the Citaro hybrid works couldn't be simpler: when the bus is decelerating, the additional electric motor acts as an alternator and transforms braking energy into electric power. This power is stored in double-layer capacitors, commonly known as supercaps, and can be used by the electric motor to assist the combustion engine, especially when moving off. The electric motor generates a maximum output of 14 kW and 220 Nm of peak torque. The battery comprises two modules which correspond to the existing recuperation modules and are mounted on the roof to save space.

All in all, the technology behind the hybrid concept was a major factor in the jury's assessment. For example, the bus dispenses with a complex and therefore expensive high-voltage network, instead becoming the first commercial vehicle to come with a separate 48-volt power supply, similar to that found on hybrid passenger cars from Mercedes-Benz. As a result, the installation space needed is compact, there was no need to modify the interior and no passenger seating was lost. The additional weight is only 156 kilograms. Equipped with the standard equipment, the Citaro hybrid rigid bus with a permissible gross vehicle weight of 18 t can carry up to 105 passengers and the articulated version can carry 159. Furthermore, the 48-volt system is classed as low-voltage technology and can be handled without problem. The auxiliary assemblies remain unchanged and are driven conventionally. The maintenance intervals for the Citaro hybrid are also identical, at 60 000 km or once a year; the same applies to all maintenance points on the conventional powertrain.

The international panel of judges also praised the efforts of the developers to consider the hybrid concept as an integrated system rather than a completely separate entity. The Citaro hybrid is equipped with new "intelligent eco" steering. This electro-hydraulic system only operates on demand, in other words when the driver turns the steering wheel, and therefore saves on fuel. All components are designed to last for the duration of the vehicle's service life. The hybrid drive's functionality furthermore helps to conserve the combustion engine. The use of the electric motor as a power generator has the additional effect of relieving the strain on the brakes, which can greatly extend their service life.

The "Bus of the Year 2019" award is affirmation of Mercedes-Benz' strategy of offering its drive systems across the widest possible product range in order to give transport companies and operators maximum economic efficiency while focussing resolutely on enabling environmentally-friendly operation. This year's vote is striking proof that there is more than just one way of approaching this. 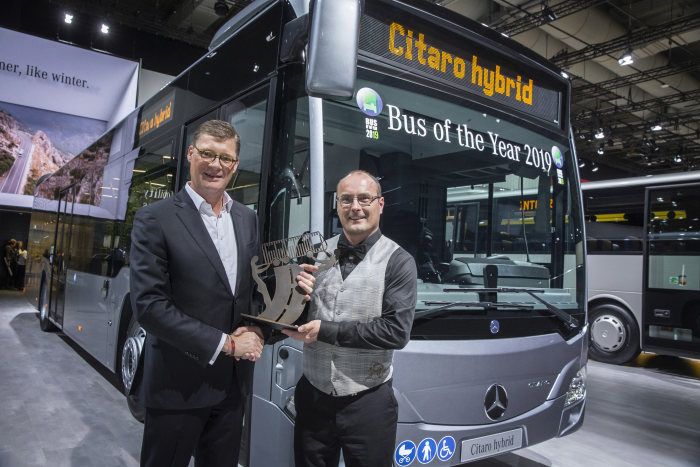 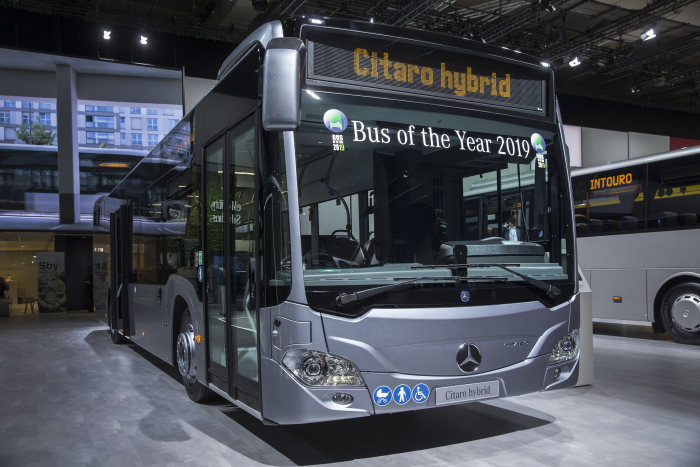 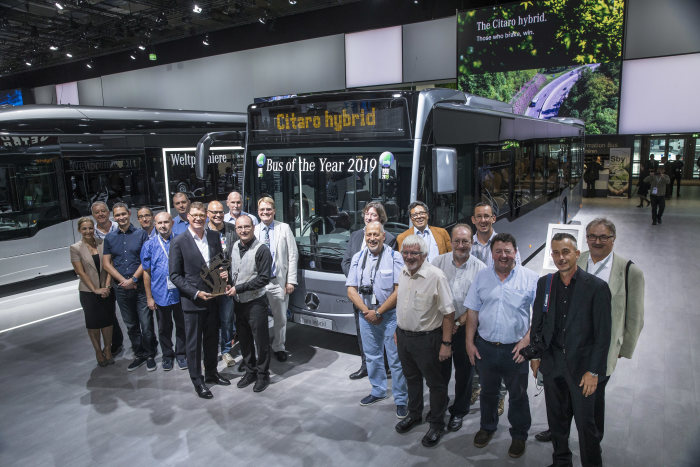