Stuttgart / Munich - Europe's No. 1 high-deck touring coach is also the No. 1 in this year's IBC test, the International Bus & Coach Competition. Unveiled last year, the all-new Mercedes-Benz Tourismo won the renowned comparative test with a clear lead, scoring against famous competitors on the key criteria.

Clear overall lead, winner in five out of seven categories

The high-decker with the star impressed the judges with the lowest constant consumption and highest payload, the best handling and the most impressive air conditioning, most solid build quality and most assistance systems. With a score of 1685 points, the Mercedes-Benz Tourismo achieved an outstanding result, putting over 100 points between itself and each of its rivals.

The editorial teams had selected three high-deck touring coaches in the popular two-axle configuration with a length of around 13 m – bus operators value this class due to its balanced mix of maximum economy and high comfort. It was only last year that Mercedes-Benz unveiled the latest Tourismo. Developed with a top priority on economy, safety and comfort, it has now convinced not only operators, drivers and passengers, but also experienced judges.

The high-decker is currently attracting attention with the as-standard introduction from 2019 of the Active Brake Assist 4 advanced emergency braking system with pedestrian detection and the launch of Sideguard Assist. Alongside many others, both assistance systems were installed in the test vehicle for the IBC test.

The International Bus & Coach Competition is organised by almost ten respected trade journals from around half a dozen European countries. The demanding test procedure on public roads and closed testing grounds includes fuel consumption drives with laden buses over a defined route, measurements of performance and braking as well as an inspection of ease of maintenance by neutral workshop experts.

The comparative test takes place annually in changing categories. Four years ago, the Mercedes-Benz Citaro was a convincing winner of the IBC test with urban buses. 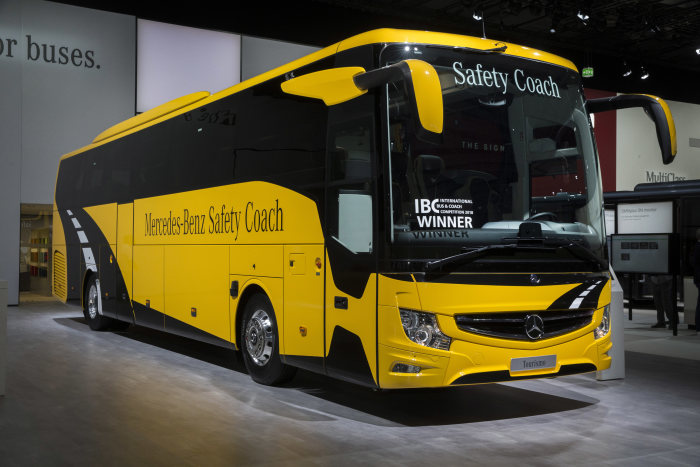 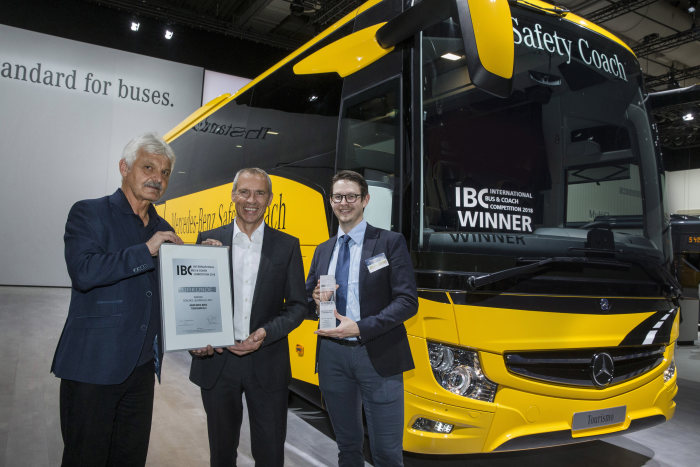 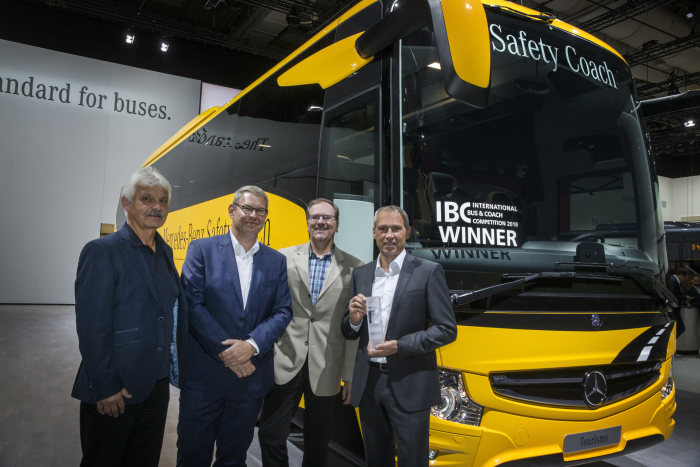 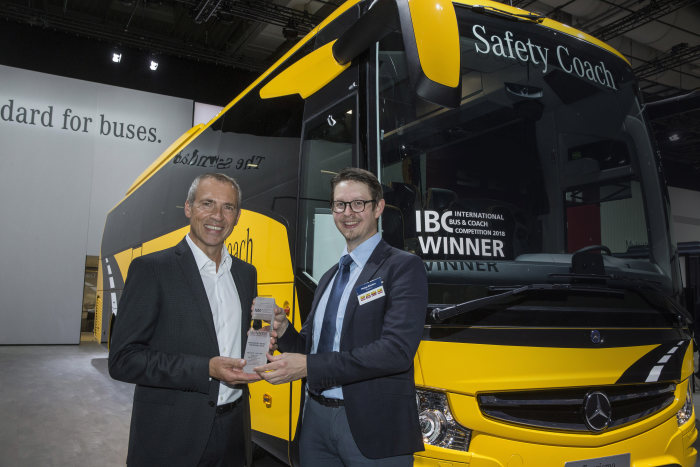