Trier / Stuttgart – On 18 September, Steffen Maiwald (Member of the Board of Management at Stadtwerke Trier), Michael Schröder (Managing Director of SWT Stadtwerke Trier Verkehrs-GmbH), Rüdiger Kappel (Head of Fleet Sales at Daimler Buses Deutschland), and Christian Fambach (Plant Representative for Public Transport at Daimler Buses) jointly signed an order to supply 90 Mercedes-Benz Citaro city buses. Within the next seven years, this will see Trier's public transport company completely renew its fleet. The first part of the order for four Citaro articulated buses will already be delivered in the course of this year.

With regard to a changeover to electrically-powered public transport, SWT has also ensured that they will be able to opt for the eCitaro, too. The contract gives the transport company the option of having ten percent of the ordered quantity of vehicles equipped with a fully electric drive. This would allow the oldest town in Germany to be served by an electrically driven vehicle, particularly in the sensitive city areas. 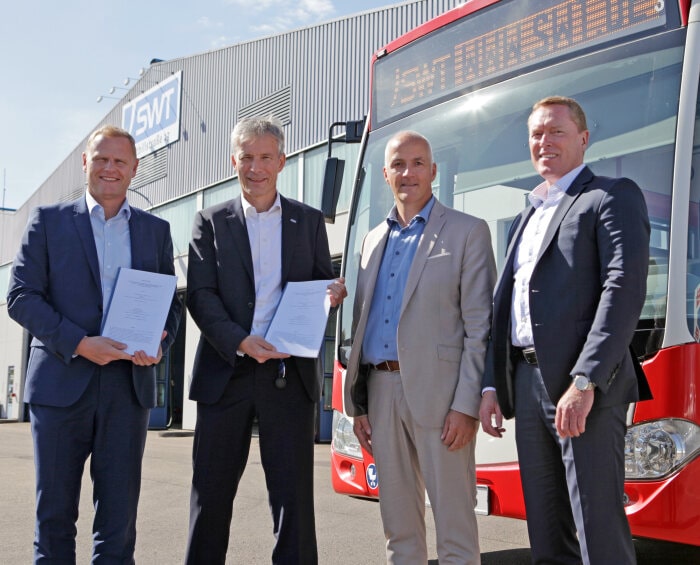